About The No. 6 RCAF Museum

The No. 6 RCAF Museum is a little-known gem in Dunnville, Ontario that is one of the few Museums that preserves artifacts and training aircraft from the British Commonwealth Air Training Plan (BCATP).  The Museum is on the site of the No. 6 Service Flying Training School (SFTS).

The No. 6 Service Flying Training School

The No. 6 Service Flying Training School (SFTS) was one of 29 such facilities in Canada as part of the British Commonwealth Air Training Plan (BCATP).

Starting in late spring of 1940, Timbro Construction turned working farmland into an active airfield that was to become the site of the No. 6 SFTS, including five hangars, three double runways, 50 H-huts, a drill hall, a canteen, a fire hall, and other buildings.

The site was chosen because it was not near controlled air space and was close to the open water of Lake Erie.

The No. 6 SFTS was one of the first Service Flying Training Schools built especially to train pilots to fly fighter aircraft.  Other SFTS, such as No. 16 SFTS in Hagersville, used twin-engine Ansons to train bomber pilots.

As a result, the No 6 SFTS was the only one to use structural steel in the construction of the hangars. (Those five hangars are still in use today.)  Subsequent Service Flying Training Schools were built using wooden trusses to preserve steel for the war effort.

The first class of pilots earned their wings on February 10, 1941.

The last of 53 classes graduated in November 1944.

A total of 2,436 pilots from Canada, Great Britain, Australia, New Zealand and the United States earned their wings here.

By the middle of 1943 Yales had been eliminated, but one Moth was added for five months.

During the four years of operation, 47 men lost their lives. Six Yales and 26 Harvards were destroyed in training accidents.

After the War, the No. 6 SFTS was decommissioned and became the Dunnville Airport.

RCAF to Close Base in Dunnville

The Birth of the Museum

In the mid-1990s, a group of interested individuals began discussing the possibility of a museum on the site of the former No. 6 SFTS. Fortunately in 1999 the property was purchased by 3 local businessmen, Russ Cameron, Vic Powell, & Dan Silverthorne.  These three individuals were very instrumental in helping to guide the Museum in getting started with both personal efforts, and financial help.

After many hours of volunteer effort, the possibility turned into reality with the Grand Opening of the No. 6 RCAF Dunnville Museum on July 5, 2003. 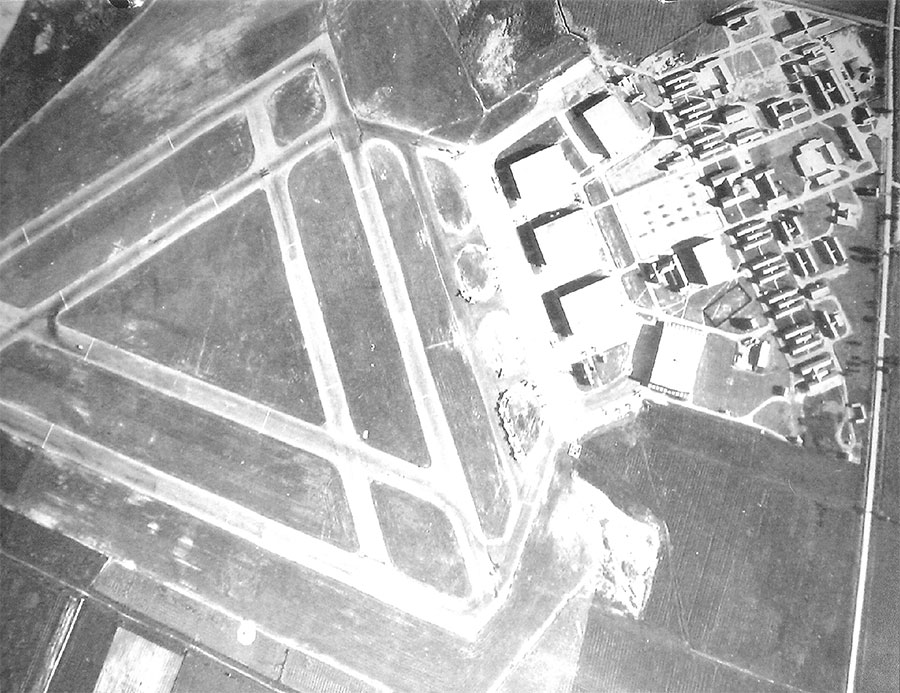 EXTENSIVE DISPLAYS • photographs, uniforms, memorabilia, medals, and artifacts, including some used at the No. 6 SFTS. Because of these extensive displays and artifacts, a retired Air Force officer said this was "One of the best Air Force Museums I have visited."

VINTAGE AIRCRAFT • Of the type used at the No. 6 SFTS and other training bases, including a Yale, a Cornell, and a Fleet Finch, as well as realistic models of a Spitfire and a Mosquito bomber. Also on display are a Grumman Tracker that flew off of the HMCS Bonaventure, and a World War I Nieuport 17. As the Dunnville Airport is now closed to flight operations, we no longer fly any of these planes.

FLIGHT SIMULATOR • Allows ground-based pilots to “fly” a wide variety of vintage aircraft to any former training base in Canada.

LIBRARY • Books and video tapes about aircraft and the men who flew them.

Through these memorabilia and vintage aircraft, visitors gain a sense of what it was like for the young men from Canada, the UK, Australia, New Zealand and the USA who trained at the No. 6 SFTS and served during World War II in the European Theatre.

Some visiting veterans, and family members who lost loved ones during the War, find the Museum an emotional event.

Hangar1 dividing wall up to ceiling

The museum had a Tyvek wall installed on top of the block wall that divides hangar 1 in half. The Tyvek goes all the way up to the hangar ceiling to block drafts and keep birds out of the museum.

Take In A Piece Of History Today

Come and visit our museum for a taste of the life of WW2 RCAF Trainees.